Is this country becoming Stalag 17? 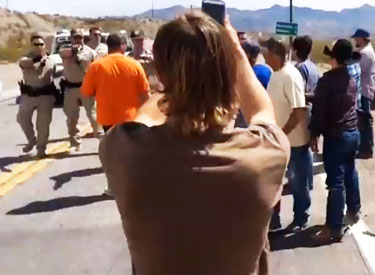 The video, uploaded to YouTube earlier today by GMN Telemedia, shows a tense stand off between protesters and Bureau of Land Management officers and their K-9s in the ongoing cattle dispute in Southern Nevada.

Not only were tasers deployed on at least one of the protesters, but a 57-year-old mother of 11 battling cancer discusses being thrown to the ground for taking pictures.